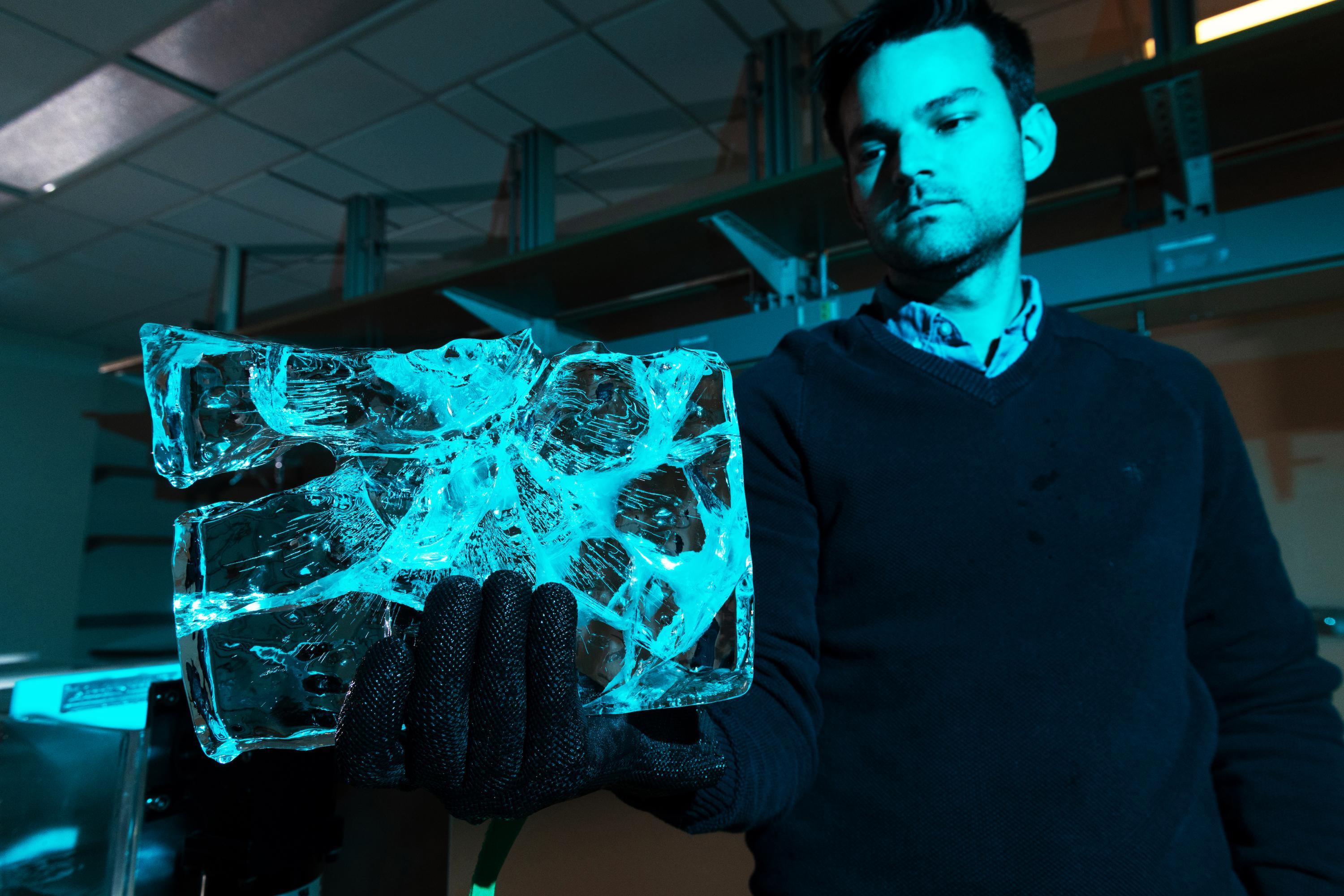 The melting of ice sheets at the points where they float on and along the world’s oceans is a major climate culprit when it comes to sea level rise. But less is understood about the extent of melting that is due to warm, salty seawater that seeps underneath “grounded” portions of ice sheets along land, as well as what happens when that mix intrudes deep under glacier interiors.

A new study published in The Cryosphere led by Alexander Robel, an assistant professor in the School of Earth and Atmospheric Sciences, may provide some clarity. Robel, who leads the Ice & Climate Group at Georgia Tech, and his team of researchers have developed a theory that finds glacial melt may be happening faster out of sight than previous estimates.

“The paper shows warm seawater can intrude underneath glaciers, and if it causes melting at the glacier bottom, can cause predictions of future sea level rise to be up to two times higher than current estimates,” Robel says. “Put another way, our research showed that the grounding line (where glacial ice meets water) is not the sort of impenetrable barrier between the glacier and the ocean that has previously been assumed.”

Using predictions based on mathematical and computational models, the study shows that seawater intrusion over flat or reverse-sloping impermeable beds may feasibly occur up to tens of kilometers upstream of a glacier’s end or grounding line.

Fresh meltwater stays close to the temperature of the ice it came from, but salty seawater that intrudes under glaciers may also bring heat from the ocean, which researchers say has the potential to cause much higher rates of melting at the glacier bottom.

Robel’s co-authors for the study are Earle Wilson, a postdoctoral scholar at the California Institute of Technology, and Helene Seroussi, an associate professor at Dartmouth College.

The new study uses basic mathematical theory of fluid flow and large computer models run on the Partnership for an Advanced Computing Environment (PACE) high performance computing cluster at Georgia Tech to make its predictions, and builds on a 2020 study led by Wilson which showed how such intrusions could occur through laboratory experiments.

“Past measurement from field expeditions and satellites have hinted that seawater may intrude subglacial meltwater channels,” Wilson notes, “much like how the ocean may flow upstream and mix with river water in a typical estuary. Our study shows subglacial estuaries are not just possible but likely over a wide range of realistic scenarios, and their existence has profound implications for future sea level rise.”

“Simulations show that even just a few hundred meters of basal melt caused by seawater intrusion upstream of marine ice sheet grounding lines can cause projections of marine ice sheet volume loss to be 10-50 percent higher,” Robel explains. “Kilometers of intrusion-induced basal melt can cause projected ice sheet volume loss to more than double over the next century.”

Robel adds that these results suggest that further observational, experimental, and numerical investigations are needed to determine the conditions under which seawater intrusion occurs — and whether it will indeed drive rapid marine ice sheet retreat and sea level rise in the future. The research team will start to look at measurements from past field expeditions to confirm if their theory is true, and are working to secure funding in the next year to go to Antarctica and look for such intrusion in a targeted expedition.

“Overall, this contributes to an important body of current work that tries to estimate how fast ice sheets melt in a changing climate,” Robel adds, “and what physical processes are relevant in driving these rapid changes.”

Tracking SARS-CoV-2 During Tokyo 2020 Via Wastewater