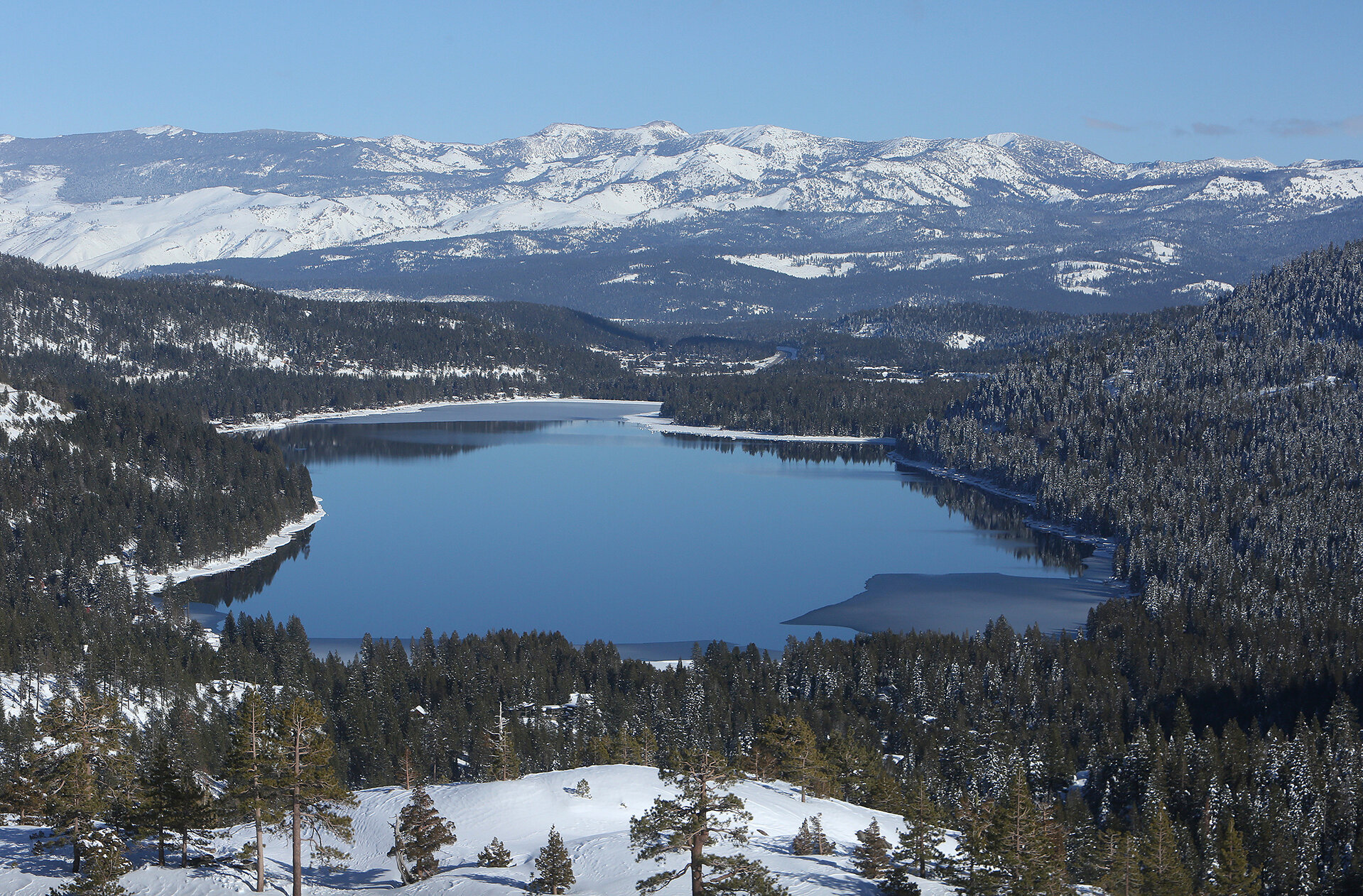 Mountain snowpacks around the world are on the decline, and if the planet continues to warm, climate models forecast that snowpacks could shrink dramatically and possibly even disappear altogether on certain mountains, including in the western United States, at some point in the next century. A new study led by researchers at Lawrence Berkeley National Laboratory (Berkeley Lab) analyzes the likely timing of a low-to-no-snow future, what it will mean for water management, and opportunities for investments now that could stave off catastrophic consequences.

Their review paper, “A low-to-no-snow future and its impacts on water resources in the western United States,” published in the journal Nature Reviews Earth and Environment, analyzes previous climate projections and finds that if greenhouse gas emissions continue along the high-emissions scenario, low-to-no-snow winters will become a regular occurrence in the western U.S. in 35 to 60 years. Further, the study re-evaluates longstanding assumptions in water management in the U.S. and stresses that scientists and water managers need to work together more closely to develop and implement climate adaptation strategies.

The Sierra Nevada, Rockies, Cascades, and other mountain ranges provide a tremendous service by capturing, storing, and releasing water for downstream use. Historically, snowmelt timing provides a critical delay in the delivery of water supply during the spring and into the summer, when precipitation is low and when water demands are at their highest due to agriculture. The factors causing shrinking snowpacks are predominantly tied to temperature increases and shifting precipitation characteristics. Warmer temperatures also imply that storms will produce more rainfall and less snowfall, limiting the amount of seasonal snowpack that can build through the winter.

The research, co-led by authors Erica Siirila-Woodburn and Alan Rhoades of Berkeley Lab’s Earth & Environmental Sciences Area, starts with a literature review which distills several hundred scientific studies on snow loss; of those, they identify and analyze 18 studies that had quantitative snowpack projections for the western U.S.

When will the low-to-no-snow future arrive?

“A recent study highlighted that there has been a 21% decline in the April 1 snowpack water storage in the western U.S. since the 1950s – that’s equivalent to Lake Mead’s storage capacity. In our review, we found that around mid-century we should expect a comparable decline in snowpack,” said Rhoades. “By the end of the century, the decline could reach more than 50%, but with a larger range of uncertainty.”

Many water managers use the somewhat arbitrary date of April 1 to make snowpack observations and planning decisions. Over the last several decades, there have been decreases in peak snowpack volume as well as earlier occurrences of the timing of peak snowpack, with the peak occurring approximately 8 days earlier in the year for every 1 degree Celsius (1.8 degrees Fahrenheit) of warming.

Many regions have already experienced winters with very little snow in recent years, such as the Sierras in 2015 when the April 1 snowpack level was 5% of normal, which the authors call an “extreme” event. The paper defines two other types of low-to-no-snow conditions – “episodic low-to-no snow,” or when more than half of a mountain basin experiences low-to-no snow for five consecutive years, and “persistent low-to-no snow,” in which this happens for 10 consecutive years. “Low snow” is defined as when the snowpack (or more precisely, the snow water equivalent, a measure of how much water will be released when the snowpack melts) is in the 30th percentile or lower of the historical peak.

The authors describe the climate projections in their study, writing: “Through the middle and end of the 21st century, an increasing fraction of the western U.S. is impacted by snow water equivalent deficits relative to the historical period. In particular, only 8 to 14% of years are classified as low-to-no snow over 1950-2000, compared to 78 to 94% over 2050-2099. In all regions, an abrupt transition occurs in the mid-to-late 21st century.”

The impacts of a low-to-no-snow future extend beyond just decreased streamflow, although that is certainly a significant consequence. In the Sierra Nevada, for example, the amount of water in the snowpack on a typical April 1 is nearly double the surface reservoir storage in California.

“A low-to-no-snow future has massive implications for where and when water is stored in the western U.S.,” said Siirila-Woodburn. “In addition to the direct impacts on recreation and the like, there are a lot of secondary effects on natural and managed systems, from a hydrologic perspective. So that’s anything ranging from increased wildfire occurrence to changes in groundwater and surface water patterns and changes in vegetation type and density.”

With less snow and more rain, groundwater levels in mountainous systems may be impacted because snowmelt more effectively infiltrates into the subsurface than rainfall does. Further, less snow at lower elevations will decrease the overall surface area of snowpack stored in the mountains, potentially resulting in less available snowmelt that infiltrates into the ground.

Now for the good news …

The authors’ aim in doing this study was to spur thinking now about adaptation strategies. “We want society to be proactive about these changes in snowpack rather than reactive,” said Rhoades. “Our hope in presenting the literature synthesis of low-to-no snow is so that we can understand the problem in a ‘one-stop shop’ way. Additionally, we highlighted some novel climate adaptation strategies that are coming about through nontraditional academic and water agency partnerships, which will be key parts of a portfolio of adaptation approaches needed to overcome snow loss in a warmer world.”

One such partnership is a Department of Energy-supported project called HyperFACETS, which involves 11 research institutions, including Berkeley Lab, working with water utility managers in California, Colorado, Florida, and Pennsylvania.

The paper also discusses potential adaptation strategies, such as a technique known as managed aquifer recharge, in which excess surface water is stored underground as groundwater for later use. Another relatively new technique, forecast-informed reservoir operations, in which weather and hydrological forecasts are used to inform decisions about retaining or releasing water from reservoirs, was recently shown to increase water storage at Lake Mendocino in California by 33%.

These and other techniques show promise for increasing water supply, but the authors also recommend more cross-collaboration, both among scientists and within society as a whole, to expand the portfolio of climate adaptation strategies.

“We are advocating for the idea of engagement with best scientific practices and more collaboration or partnership between researchers and stakeholders. For example, city managers are concerned with flood control; farmers are concerned with water storage; everyone has their own objectives. Even within science, the disciplines are typically siloed,” said Siirila-Woodburn. “If everyone were working together to manage water rather than working independently for their own purpose, there would be more water to go around.”