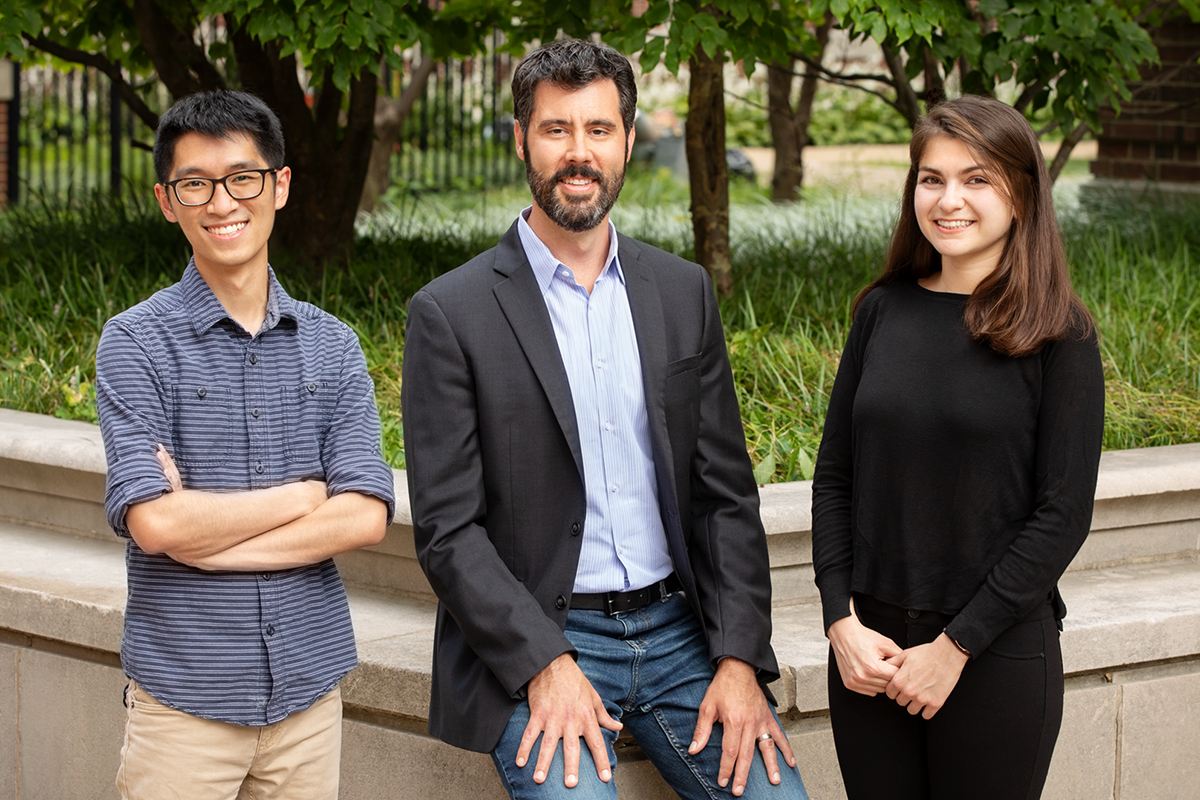 Chemical engineers at the University of Illinois Urbana-Champaign now understand how water molecules assemble and change shape in some settings, revealing a new strategy to speed up chemical reactions critical to industry and environmental sustainability. The new approach is poised to play a role in helping chemical manufacturers move away from harmful solvent catalysts in favor of water.

Their method takes advantage of the holes, tunnels and passageways within nanoscale microporous crystals called zeolites. The pore spaces within some zeolites are so narrow that when saturated with water, they can only fit single-molecule-wide chains within their confines. These single-file chains of water molecules have different thermochemical properties than regular or “bulk” water, the researchers said, which has consequences across many scientific disciplines.

The study, led by chemical and biomolecular engineering professor David Flaherty, is published in the journal Nature Catalysis.

Zeolites, which can behave like tiny sponges, filters or even catalysts, have been used for years in materials that soak up environmental spills and purify water and other chemicals. Researchers understand that the interactions with water inside zeolite pores greatly affect their stability as catalysts, but it has been unclear how or why this happens.

In the lab, the team used spectroscopic methods to measure systematic differences between the shape and arrangement of water molecules in the bulk phase and those water molecules confined within a series of zeolites with progressively smaller pore size diameters, including 1.3, 0.7, 0.5 and 0.3 nanometers – 5,000 to 10,000 times smaller than the thickness of a human hair.

“We saw higher rates of chemical reactions near small clusters of water molecules confined in the zeolite pores than in those without water or in bulklike water,” Flaherty said. “Correlations between entropy changes in the water caused by the reaction, the reaction rates and the size of the zeolite pores suggest that the changes in the structure of water clusters and chains are responsible for the improvement in catalytic rates.”

“When the chainlike water structures had to reorganize to accommodate the reacting molecules, it led to unexpected – and dramatic – increases in rates,” said lead author and former Illinois graduate student Daniel Bregante. “These findings are an important piece of the puzzle in understanding why certain combinations of catalysts, solvents and reactants led to greater rates than others.”

From a technology standpoint, the researchers say they now know how to engineer better synthetic zeolites and tune them to influence reactions of many types.

“This principle also is relevant for materials beyond zeolites and other chemical processes,” Flaherty said. “Electrocatalysis and other sorption and separation technologies use microporous materials for conversions or purifications of hydrocarbons or biomass-derived products, for example.” The team’s work may change how others design and synthesize materials for these applications.